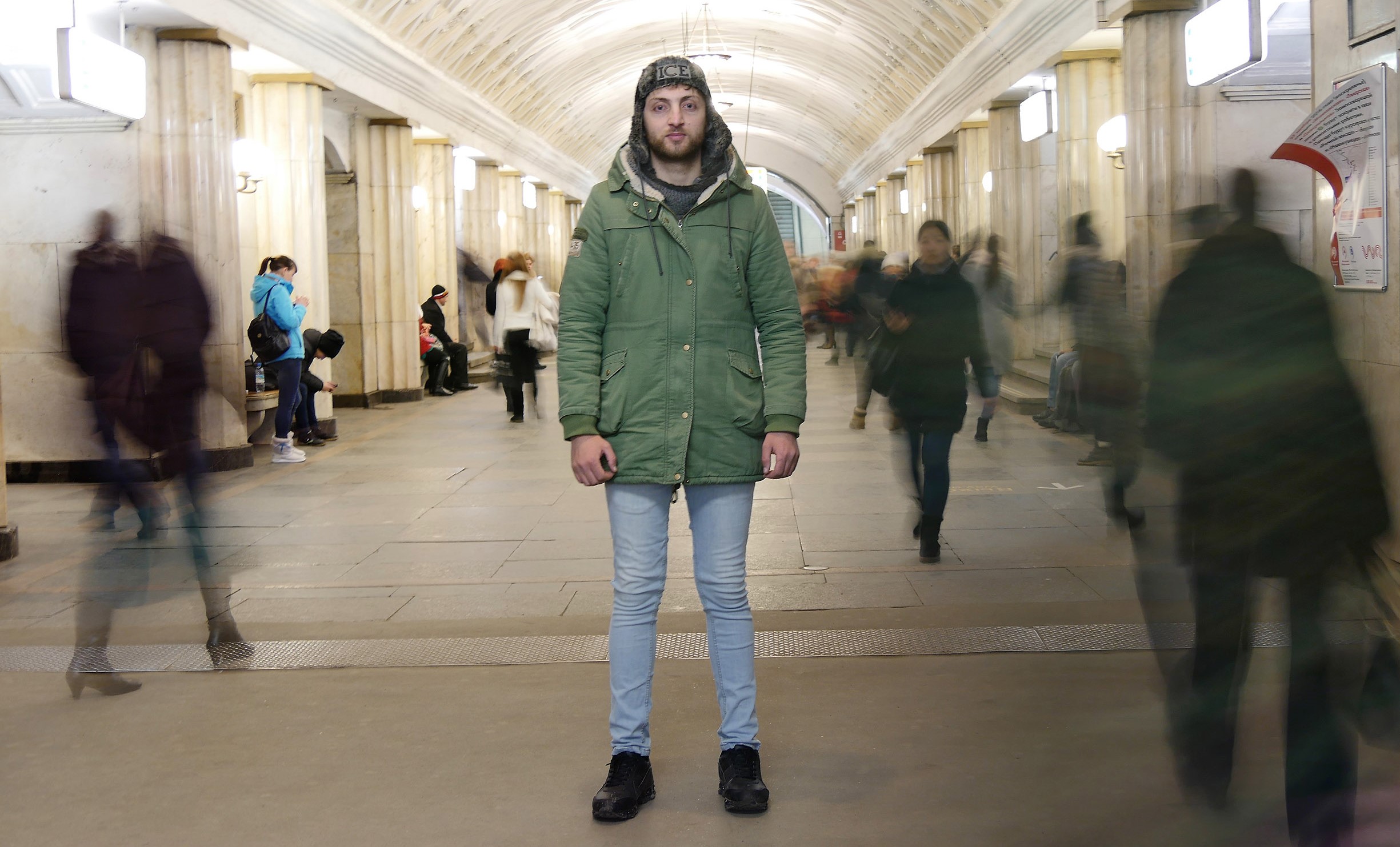 The Original article was published at Voices on Central Asia.

Her scenes of migrants and their families shed light on the worries, fears, and joys of those Central Asians who—spurred by difficult circumstances—live their lives in migration. With these photographs, we sought to use the field of visuality to capture the new realities of life in Central Asia. 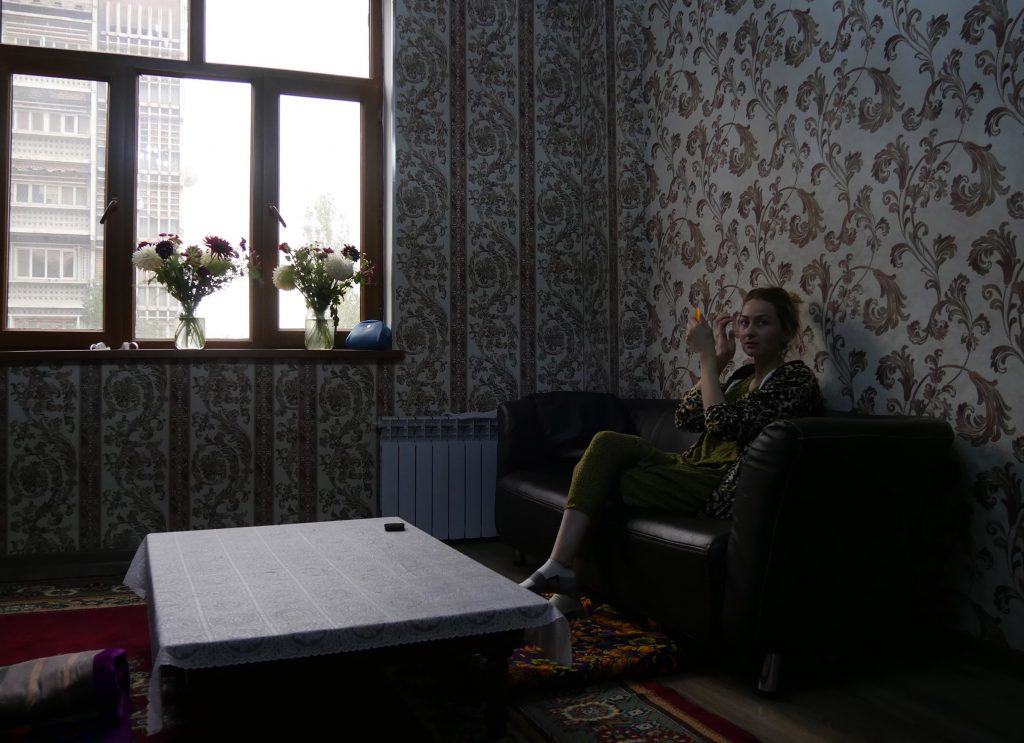 “I could not stop crying. The whole trip, from my hometown near the Afghan border to the capital of Dushanbe, I cried. I said goodbye to my girls, it will be months before I see them again. Now I am waiting for a loan to buy a plane ticket to Russia. I will try to find a job in Russia and earn some money for my family. My daughters are teenagers and tell me, ‘Mom, we need Internet and a computer. Just like our classmates.’ I am a single mother. What else can I do but go to Russia?” 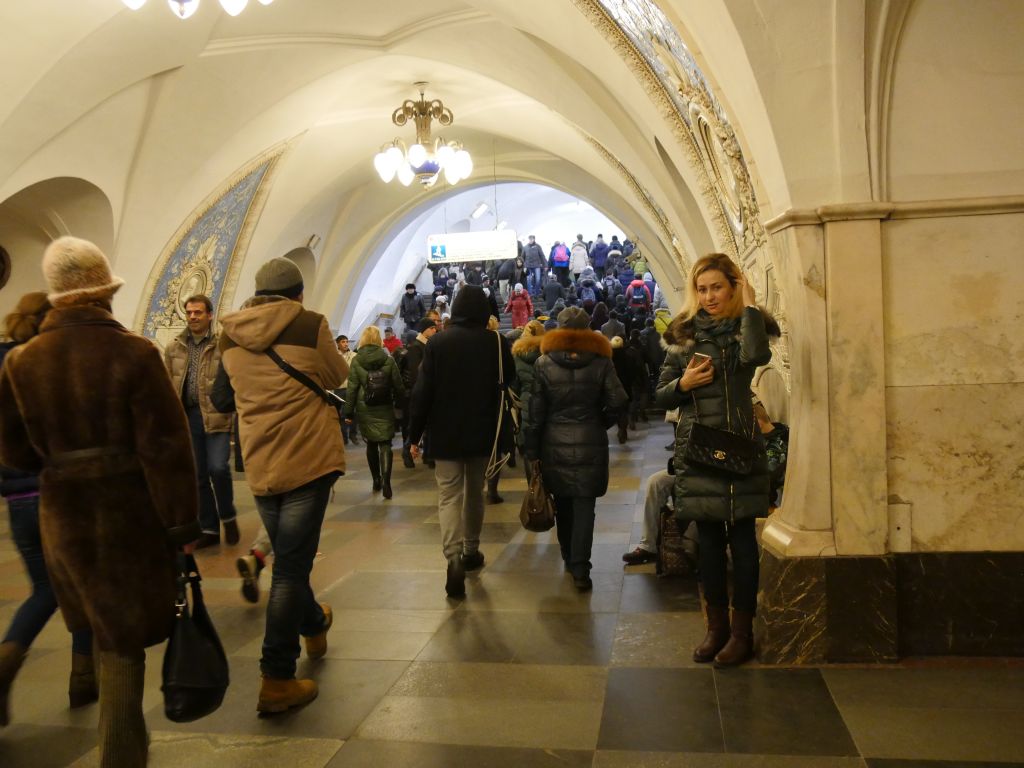 Scene 2: “We just want our children to be happy’’

“We have debts and live in a temporary house. It has a beautiful garden, with apricot trees. Life is good here, and quiet. But there are no jobs. The problems started when we bought land to build our own house. While building the house we got into financial problems and we had to sell everything. Next week, I will go to Russia to find a job. My wife and two young children will stay here.”

“I quickly found work and a place to live with the help of acquaintances. I now live with 200 migrants from Tajikistan, Kyrgyzstan, Uzbekistan, and Armenia in an apartment building. Most of them drink. Every day. I work long days in one of the newly-built stadiums, but I don’t complain. When the children are older, my wife will come to Russia as well. My wish for the future? I just want my children to be happy.”

“My father has been working in Russia for the last four years to pay for our family’s share of the wedding costs. Soon after the wedding he will return to Russia.”

“My son-in-law has been missing since July 2016. He used to call from Russia every other day to ask how his children were doing. Now there is silence. The last time we spoke to him, he asked for a photograph of his children. We don’t know where he is or whether he is still alive. For all we know he is in Syria. We are raising his two-year-old son, Orozbek.

My daughter, Orozbek’s mother, is in Moscow searching for a new job. Her previous employer did not pay her for three months. Since she was unable to send money home, we lost our house. Every day, I ask my daughter to come home, to take care of her son. But my daughter is determined to stay in Russia to earn some money for our family.”

“My husband stopped sending money, he doesn’t call, and he doesn’t write. With a disability and a three-month-old baby, I am unable to work. Neighbors and acquaintances provide us with food. My two sons, Aziz (6) and Norbek (10), are not going to school because there is no money for school uniforms and books. They haven’t heard from their father in eight months. Life is tough.”

“There are no jobs in my hometown in Tajikistan. I graduated with a bachelor’s in economics but had to go to Russia to work. After working in Russia illegally for four years, I know exactly how to behave so as not to attract too much attention. I got used to scanning the crowd and constantly being on my watch. The police always pick out Central Asian migrants. The young police officers are just walking their rounds, they don’t do anything.

If they stop me when there is a more senior officer around, I have a huge problem. If I get caught and I cannot convince or bribe them? Then I will be deported. But I will accept it. If I can’t find a job soon, I will go home, back to Khorog. It is better to sit at home with my parents then to be here, all alone.”

“It was three years ago, but I remember it like it was yesterday. The Federal Migration Service raided the factory while we were sleeping there. For two days, I was standing shoulder to shoulder with 40 fellow migrants in a small jail. I am on the blacklist now and not allowed back into Russia for five years.

In my hometown in Tajikistan, I work as a builder, earning one-third of what I would earn in Russia. To pay for a much-needed operation for my youngest son, my father (58) went to Russia to find a job. As soon as the five years have passed, I will go to Russia so that my father can come back home.

“Our family lives in a small village along the 1300km-long Tajik-Afghan border. We are self-sufficient. We have some cows and land. All our products are natural. However, there is little money to pay for unexpected costs.
Although we live on the Afghan border, I want nothing to do with the heroin trade. The risk is too great. Two of my acquaintances were caught trafficking heroin and are now serving 8 years in prison. In the spring, I will go to Russia for a few months in the hope of earning some money.”

All photos by
Iris Oppelaar

The fieldwork for these photoseries was supported by the Pascal Decroos Fund for Investigative Journalism.